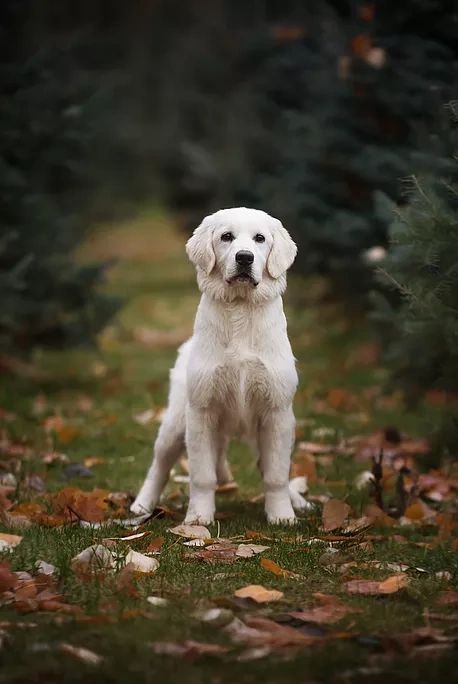 If you are interested in moving forward with a future puppy from Elite Euro Goldens Please fill out the Puppy Application.

We will be in touch with you soon.

Please be sure to read and understand the Puppy Procedures and Policies. We will be happy to answer any remaining questions when we approve your application.

The Puppies Page shows available puppies & upcoming litters based on our ladies that will come into season soon or have already been bred.

What is a Golden Retriever?

The distinction between European and American began with the recognition of the breed in different regions at different times.   The Golden Retriever breed was first recognized in 1911 by The Kennel Club (TKC) in England.    This was followed by the American Kennel Club’s (AKC) recognition that came in the year of 1925.   This is where the distinctions began because breeders in America, and breeders in England and areas of Europe began breeding for whatever traits they preferred.

Elite Euro Goldens breeds Exceptional European genetics and World Class Pedigrees, as we use Pedigrees coming from years of healthy breeding and clearances to better the breed and to provide the healthiest puppies in our breeding program.  Clear of GR_PRA 1&2, ICT, HIPS, ELBOWS, HEART, MD, DM etc.  Our Goldens are ALL From Imported European Pedigrees. Along with our English Goldens, we also have a seperate line we are starting of Healthy Dark Gold American lines from SPAIN coming in the near future!

There is a lot of unhealthy Champion genetics and you get what you pay for.  You will spend more at the vet keeping your baby going than what you saved.  This leaves you with an unhappy/broken/cancer ridden dog and a loving owner with a mountain of vet bills and heart ache.  Elite Euro Goldens focuses on Beautiful, HEALTHY Goldens.  Goldens that are not riddled with Genetic defects.  We are proud to know we are doing our part to better the breed in its entirety!  Producing Happy, Healthy Puppies to go home with satisfied owners.

What were they bred for?

The Golden Retriever is a large-sized breed of dog bred as gun dogs to retrieve shot waterfowl  such as ducks and upland game birds during hunting and shooting parties, and were named 'retriever' because of their ability to retrieve shot game undamaged. Golden Retrievers have an instinctive love of water, and are easy to train to basic or advanced obedience standards.  They are a long haired-double coated breed, with a dense inner  coat that provides them with adequate warmth in the outdoors, and an outer  coat that lies flat against their bodies and repels water.  Golden Retrievers are well suited to residency in suburban or country environments.  Although they need substantial outdoor exercise, they should be housed in a fenced area because of their instinctive tendency to roam.  They shed copiously, particularly at the change of seasons, and require fairly regular grooming.

Are Cream or White-Colored Golden Retrievers Healthier Than Darker Goldens?

The color of the coat has nothing to do with a dog's health. But ancestry and genetics DO have an effect on health. There is at least a little evidence that, on average, English bloodlines are healthier.  A 1998 study found that 61.8 % of American goldens died from cancers, such as hemangiosarcoma, lymphosarcoma, mast-cell tumors, and osteosarcoma, whereas a 2004 British Kennel Club study found that only 38.8% of goldens from English bloodlines were affected by cancer.  Studies also found that goldens from English bloodlines had an average lifespan of 12 years and 3 months whereas American goldens lived for an average of 10 years and 8 months.  This data does not necessarily mean that an English retriever is immune from cancer and will die only at a ripe old age.  There is plenty of anecdotal evidence of English retrievers dying from cancer and living shorter lives than expected.

*****  The health of your dog will depend on good breeding lines not on whether it is English or American, cream-colored or toffee-colored. The secret to health and longevity is ultimately a combination of nature and nurture—good genes plus optimal care by responsible owners.

Please note we are not veterinarians.

The information that we provide is based on our own experience and knowledge, and is intended to help our puppy owners provide the best possible life for their golden's.

Elite Euro Goldens shall not be held liable for any damages or loss incurred due to the information that we provide.

Please  consult your veterinarian before  practicing our information.